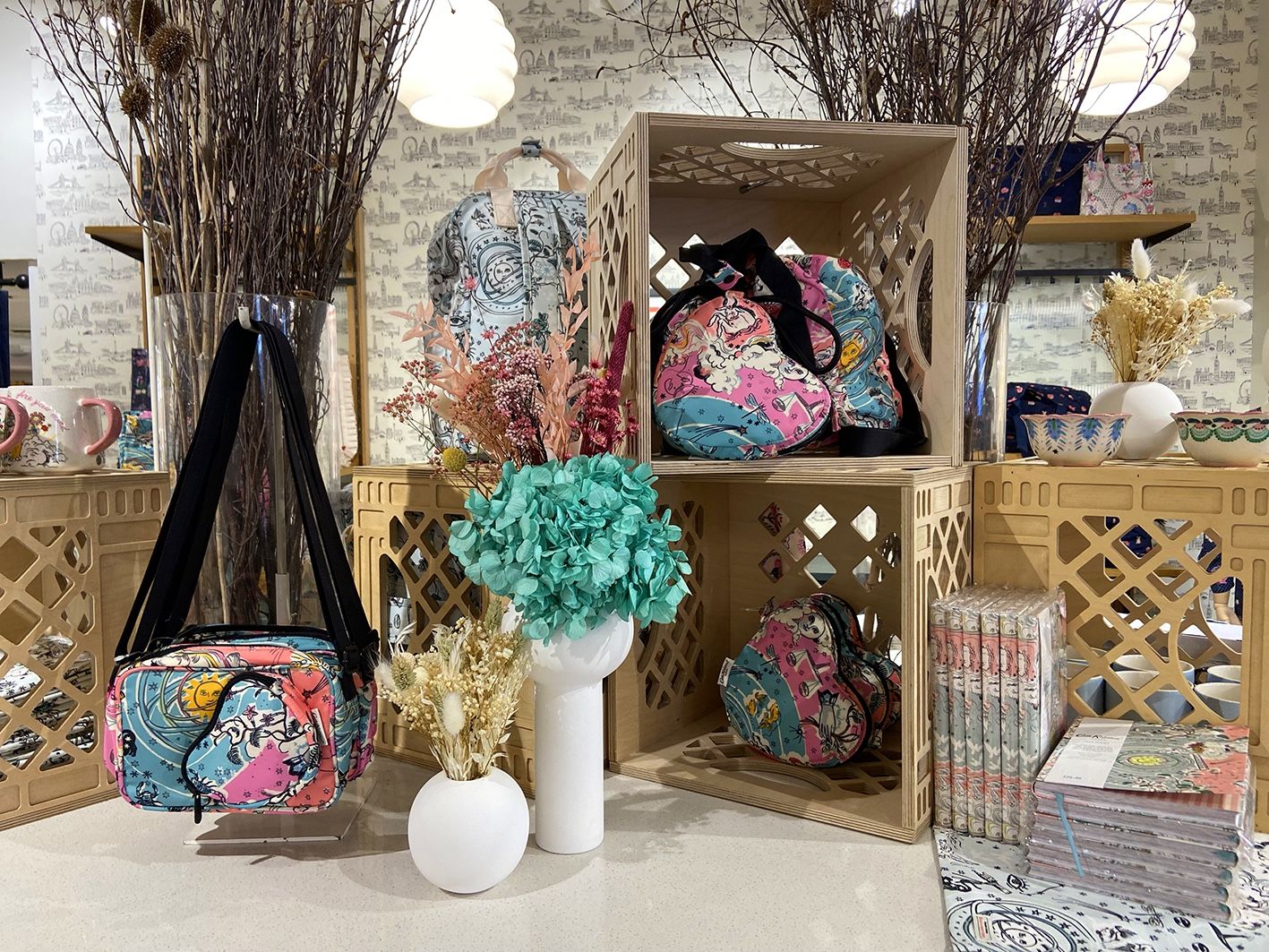 Cath Kidston is known for an extensive product line of nostalgic, hand-painted floral print fashion, bags, kids wear, and home furnishings. Founded by fashion designer Cath Kidston and headquartered in the British Isles style capital of London, the company began by selling its unique and distinctive prints in their first retail store in 1993.

The company grew from success to success, and by 2011, there were 41 physical Cath Kidston shops and franchisees, selling vintage and British-influenced fashion apparel and accessories. On top of their own branded outlets, they also sold wholesale to high-end retailers like John Lewis. In 2010, a majority stake in the company was sold to private equity investors, and the company grew even further. In 2014, there were 136 Cath Kidston retail outlets all over the world.

But the last few years have been challenging for Cath Kidston, as they have for so many businesses. By early 2020, facing several commercial challenges including the onset of the Covid-19 pandemic, Cath Kidston closed 60 of their UK and Japanese retail locations. For most brick-and-mortar businesses, that would mean the end. But for Cath Kidston, it was a new beginning.

What made Cath Kidston’s story different? They credit their successful pivot to ecommerce – powered by Cin7 inventory management software.

Sébastien Poinçon is the Head of IT at Cath Kidston. His long list of responsibilities include evaluating third party software and maintaining the various app integrations that keep Cath Kidston’s retail business running. He oversees corporate and business systems, operations, support, network infrastructure, and store systems, and generously agreed to share with us the remarkable journey the company has been on.

After closing their physical locations, and letting the waters calm, Cath Kidston took stock, and made the decision to relaunch the brand – this time as a direct-to-consumer (D2C) ecommerce business whilst still maintaining its B2B franchise and wholesale operations.

“It was a massive shift for us, to operate on a smaller scale,” Sébastien says.

With this change in focus, Cath Kidston had to find an alternative to the complex and expensive enterprise resource planning software (ERP) they’d been using.

In addition to being costly and cumbersome, the ERP system lacked any technical documentation which made integration difficult. “It resulted in low user adoption across the organization,” Sébastien explains. “We needed a product that was more flexible and that was specifically built to support multichannel online sellers.”

He began searching for an inventory and order management solution that could help guarantee a successful transformation into a full-fledged ecommerce business – and they found it in Cin7.

Cin7 was critical to Cath Kidston’s ability to rebound and transition into ecommerce, which today accounts for 85 percent of their sales.

After Sébastien and his team compared Cin7’s cloud-based feature set to competitor offerings, Cath Kidston implemented the software in April 2020. They chose Cin7’s powerful feature set to manage the company’s sales, inventory, and fulfillment, both for ecommerce, and in its remaining global brick-and-mortar locations.

Cin7’s wide array of over 700 built-in integrations to other applications specific to retail and fulfillment were the secret ingredient in Cath Kidston’s remarkable transformation. “The ease with which Cin7 connects to the Salesforce Commerce Cloud platform is the most beneficial aspect of the software for us,” Sébastien says.

What’s more, Cin7 has given the business something every product seller needs – a trustworthy source of inventory truth. With their previous ERP software, Cath Kidston could never be truly confident in the integrity of their inventory data.

“It was one of the major challenges we had with our previous vendor,” Sébastien explains. “But Cin7 has significantly improved our stock accuracy and has really helped us to consolidate our visibility into stock levels. Now that we have a handle on inventory management, we have seen improved process efficiencies.”

The path to future growth

Cath Kidston’s future plans include expanding their online marketplace presence, and increasing their wholesale business to include a drop-ship model with UK retail powerhouse John Lewis. They plan to adopt additional Cin7 features such as built-in EDI connections to start selling to wholesale customers like Marks and Spencer.

Perhaps most exciting is Cath Kidston’s plans to begin opening new brick-and-mortar stores again, with Cin7’s proprietary point of sale (POS) module in use across all of their stores.

Cath Kidston’s smart approach has paid dividends. The market no longer sees them as a discount fashion retailer, and their mission to upgrade their products and offer more innovative selections has been well-received by customers. With increasing revenue, and Cin7 on their side, Cath Kidston’s future looks bright.

Don’t miss out on the extraordinary inventory visibility and increased efficiency that Cin7 brings — schedule a demo today with one of our experienced sales consultants.

It’s rare for anyone to say they “love” their inventory management system,..

Childsmart grew by selling children’s products to retailers face-to-face. When..

The makers of Invisawear offer a truly unique product: smart jewelry that saves ..