Are you considering EDI software for your business? 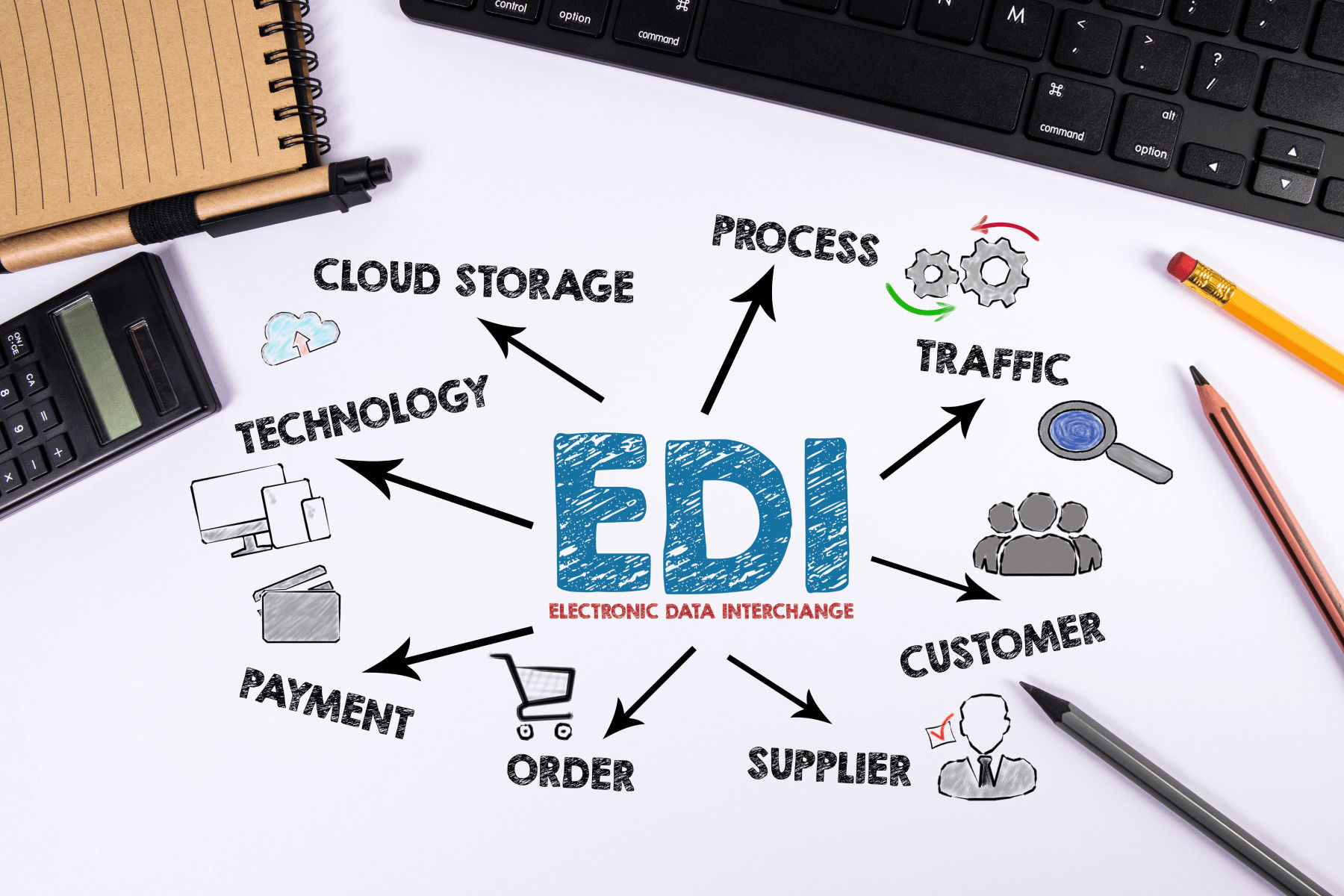 If you are a business owner, you must communicate with other organizations, including your suppliers, customers, and stakeholders. Communicating in an old-fashioned way using a ton of paper is slower, less secure, and less efficient. With the world moving towards digitalization, business communication should also be digitized. This will not only improve the speed, security, and efficiency of communication but will also leave a legitimate document trail for future reference. So, if you are considering EDI software for your business, you are in the right place.

The electronic format for these basic business exchanges is called Electronic Data Interchange, or EDI.

Electronic Data Interchange (EDI) is an automated system that puts documents like invoices, shipping bills, purchase orders, and payment confirmations into a standard digital format that can be read by both the senders’ and recipients’ servers and transfers the files directly from one business’s computer network to another.

What are the benefits of EDI?

When you’re ranking the advantages an EDI system can provide you with, speed probably comes out on top. EDI-generated documents go from being produced to the intended destination in practically the blink of an eye. The automated system saves time, and as a consequence, money.

EDI streamlines and improves the tasks it takes care of. It also sharply decreases human intervention to make the whole process of sending and receiving documents much more efficient. What’s more, it’s the level of efficiency in communication that impacts all the other areas of an organization. With EDI, employees can do other things, like focus on activities that will grow the company; communication gaps become virtually nonexistent; and more business can be generated.

Most companies that have not yet automated their business management systems, use basic spreadsheets, like Excel and Google sheets to maintain inventory records. Documents are sent to various stakeholders via emails or printed hard copies. Although this method is cheaper and simpler in some ways, it has its drawbacks.

Inventory management software, like Cin7, can offer EDI benefits by securely transporting the required data to other networks using standardized and encrypted methods. Cin7 also builds two-way connections and our experts carry out compliance testing for you.

Climate change isn’t something that can be ignored anymore, and any steps taken to mitigate it count. EDI can be considered one of those steps. It cuts paper use to practically zero since it does away with the need for mail or transport systems to get documentation from one company to another. This reduces the carbon footprint of the organization significantly and contributes to making it more sustainable.

How does EDI work?

One company might conduct business in one currency, another might use a different one; similarly, measurement systems may differ – metric vs. imperial. EDI overcomes this by giving documents a standardized format that creates uniformity. While there are several of these  formats, the rules they adhere to are recognized globally.

Called EDI standards, these formats are:

Sometimes, of course, the company sending a document may use a different standard than the one receiving it. For cases like that there’s EDI translator software. This puts the document into an EDI standard that allows it to be transmitted; the computer that receives it is able to convert it into the format it uses and recognizes.

EDI follows an envelope structure. Rather like paper envelopes, this structuring of the data puts one piece of information inside another. A design that has security in mind, the outer envelope shows the sender and receiver along with general information about what’s inside.

Typically, there are three types of envelopes: interchange, functional group, and transaction set. The first contains several documents; the second several of the same type of document, like associated invoices; and the third has something transactional inside.

Step 2 – Getting one computer system to speak to another

This is done with what’s called EDI protocols. The most popular of these protocols are:

For the interchange to work, both systems have to use the same protocol.

EDI uses the Internet to transmit documents. It does this in two basic ways:

How to make your business EDI compliant

In essence, this means adopting an EDI system that lets you communicate digitally with your trading partners. Trading partners include all the organizations you exchange data and documents with: your suppliers, customers, and contractors. Many large corporations have specific EDI requirements for their trading partners, and if you want to do business with them, you’re going to have to comply.

Did you know Cin7 inventory management software is equipped with built-in EDI that’s EDIFACT and X12 of ANSI compatible?

To sum it all up…

If you are considering EDI software for your business, you are not alone. When you’re aware of the speed, efficiency, transparency, and security digital gives you, you’ll wonder what took you so long to convert.

Cin7 can be the right stepping stone for you. Book a call with one of our experts by clicking here.

Some economists are predicting a mild recession in 2022 in the United States as consumer spending slows in response to inflation. As a product-based business owner, you need strategies to help you weather any recession. By leveraging technology to manage your inventory, you can survive any challenging situation. Cin7’s inventory management software is your best […]

Merrell NZ: How to build a highly engaged customer base

This is a guest blog post written by Cin7 partner, Marsello. Learn more about our partner program. Email marketing is a key sales tactic for retailers and product sellers, so it’s important to have an active, responsive database. That means consistent or growing engagement (open and click rates), a high repeat purchase rate, and growing […]

Amazon.com is undoubtedly the number one name in ecommerce. It has dwarfed every other ecommerce platform. Thus, if you are thinking about becoming —or already are — an Amazon seller, you are on the right path to increasing your turnover. How can we help take you further? Here are 12 reasons why using the Cin7 […]